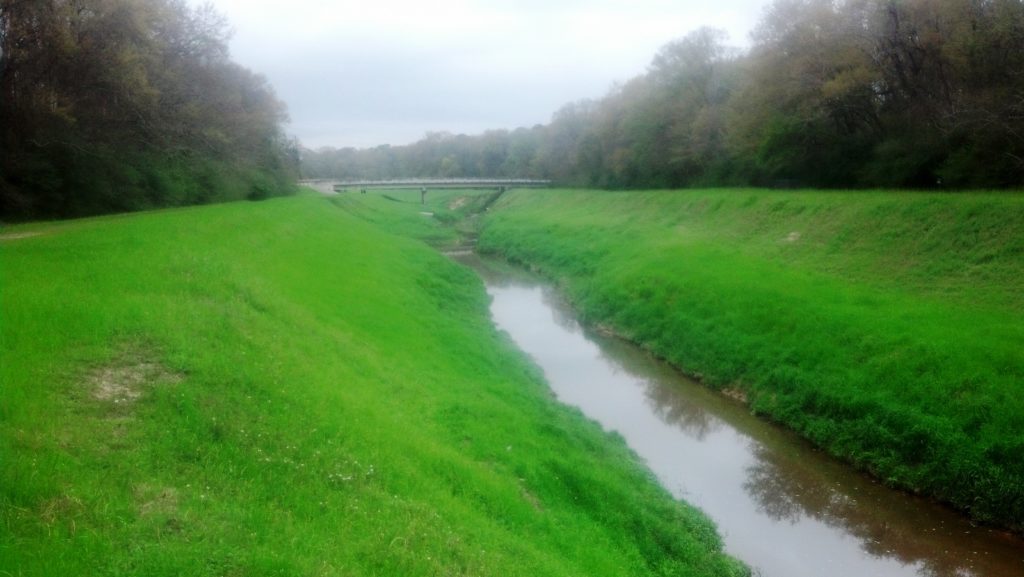 The Harris County Flood Control District has completed a maintenance project designed to restore the stormwater carrying capacity of an eroded section of Garners Bayou, a tributary of Greens Bayou in north Harris County near the Park Lakes and Fall Creek areas of Humble.

The project site extended upstream from Beltway 8 to just west of Wilson Road along 10,400 feet (1.97 miles) of Garners Bayou, which is formally identified as HCFCD Unit P130-00-00.

Harris County Commissioners Court awarded a $1.65 million contract for the project to Serco Construction Group Ltd. Work began in April 2014 and was completed in the first quarter of 2015.

Erosion is caused by a combination of poor soils and the movement of stormwater in a bayou or other channel. It can cause a channel’s side slopes to degrade and eventually to fail. It also can lead to a buildup of sediment in the channel, which can affect the channel’s ability to convey stormwater. Riprap is chunks of concrete or stone that may be buried along the bayou slopes to armor them against further erosion.